The litter "E" was born in our cattery on August 25, 2013. Father — International Champion (WCF) Simba Iceberg, mother — Champion (WCF) Rosabel. Today the kittens are one month old — it's time to get acquainted!

Two sons and a sweet daughter 🙂

• Euphoria of Simba Iceberg — the only girl in the litter. She is the owner of a snow-white coat with pearly – purple points. Euphoria loves to be the center of attention: she already knows how to purr, actively takes part in the games with her brothers. Her tail, that looks like a small carrot, always notifies others about her good mood. 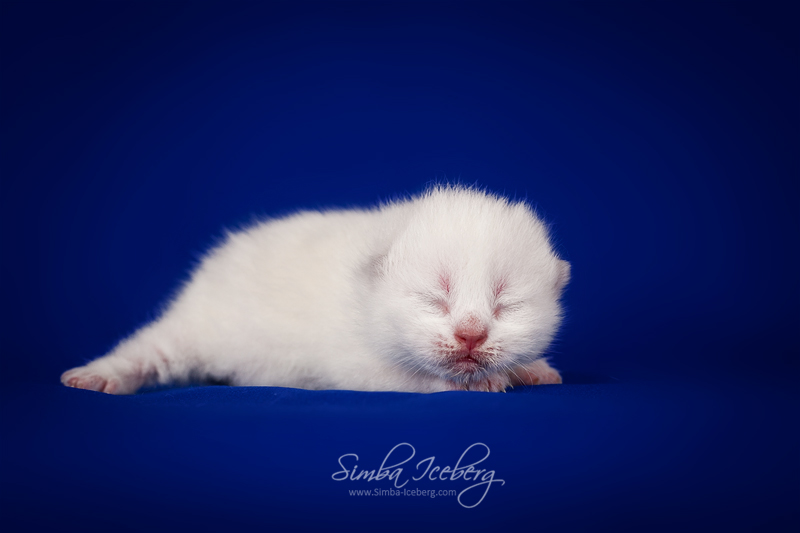 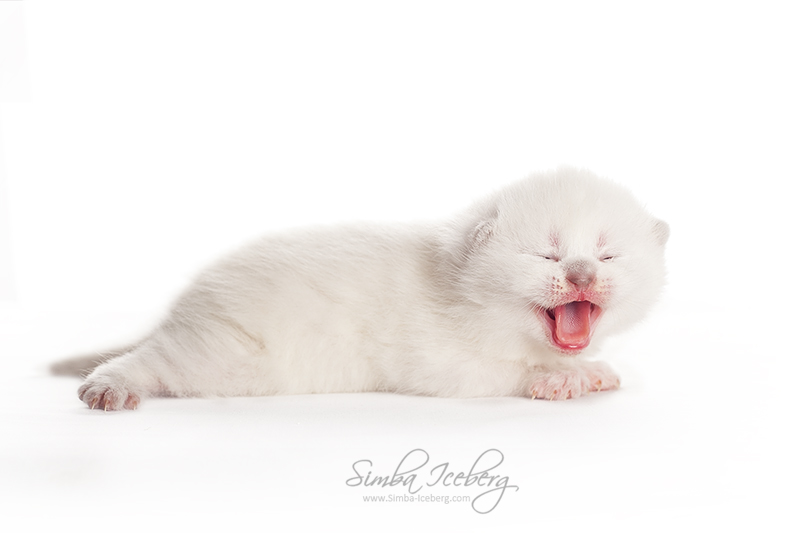 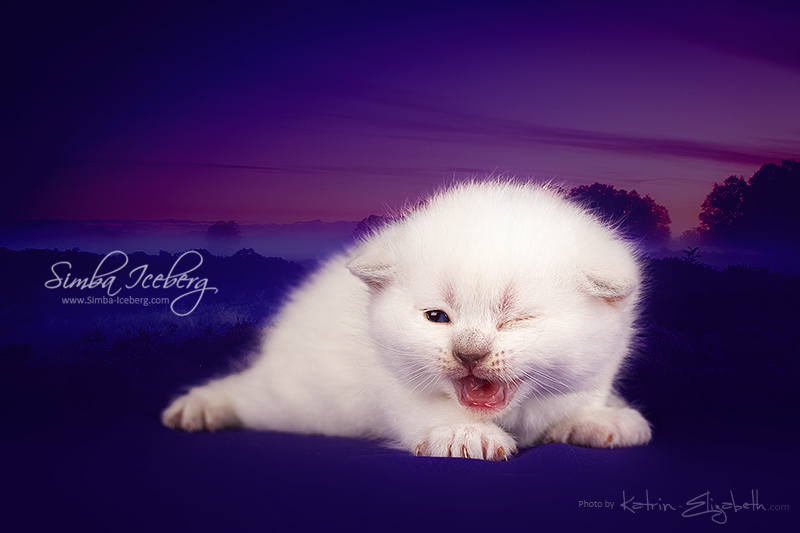 • Enterprise of Simba Iceberg — like a real cat-man, makes every effort to become a leader in the mini-pride. Despite this, he moves very awkwardly and it's really cute. Contrasting marks of royal blue in combination with the eyes in tone gives him a special charm. 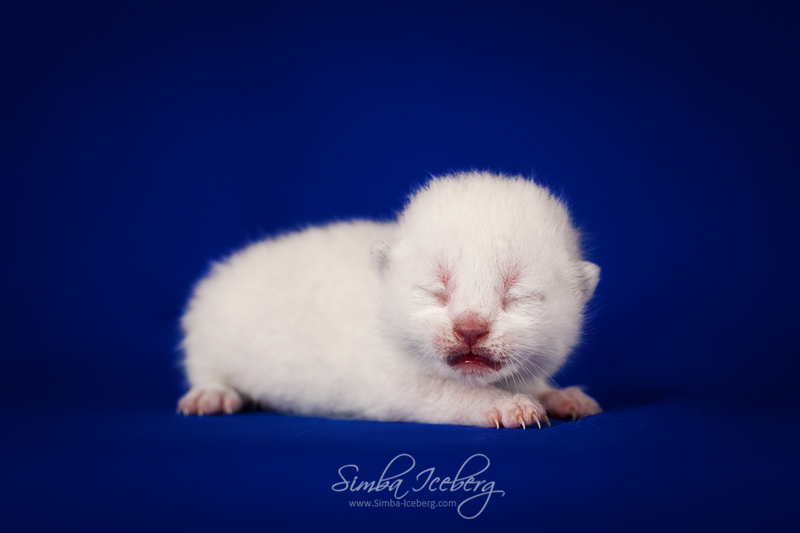 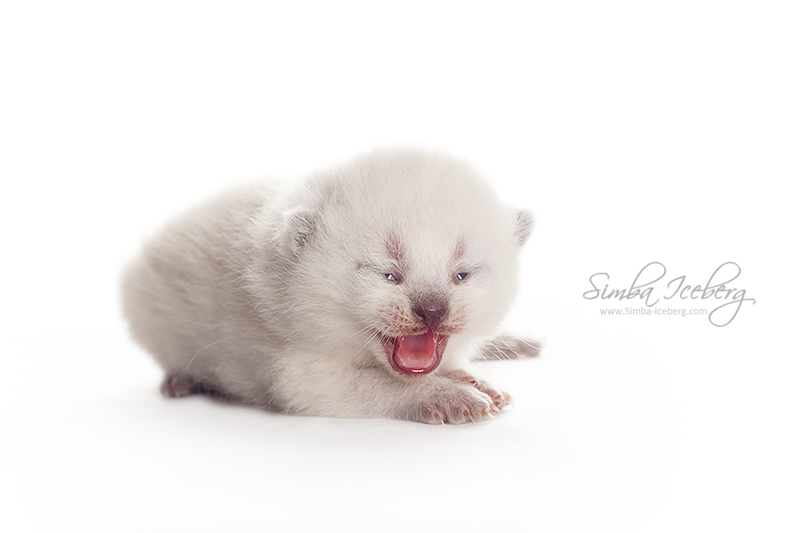 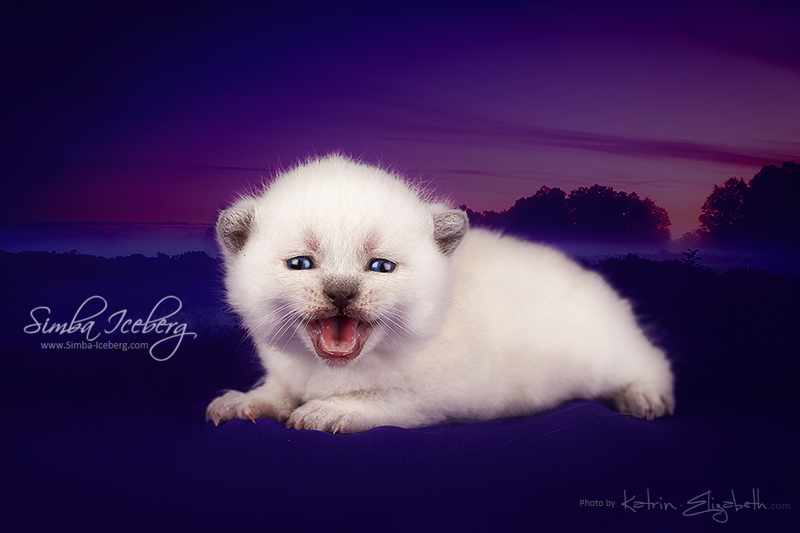 • Epic Spock of Simba Iceberg — it is worth noting that Spock got his name is not accidental: he is the only Scottish Fold kitten in the litter, so he is named after the eponymous hero of the film "Star Trek" - senior assistant Spock, a characteristic feature of which are the ears of an unusual shape. The gentle-lilac points complement his image. 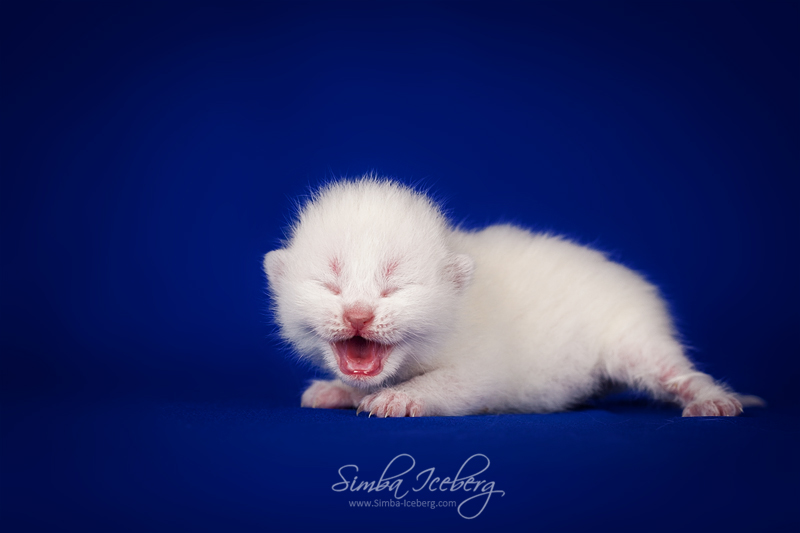 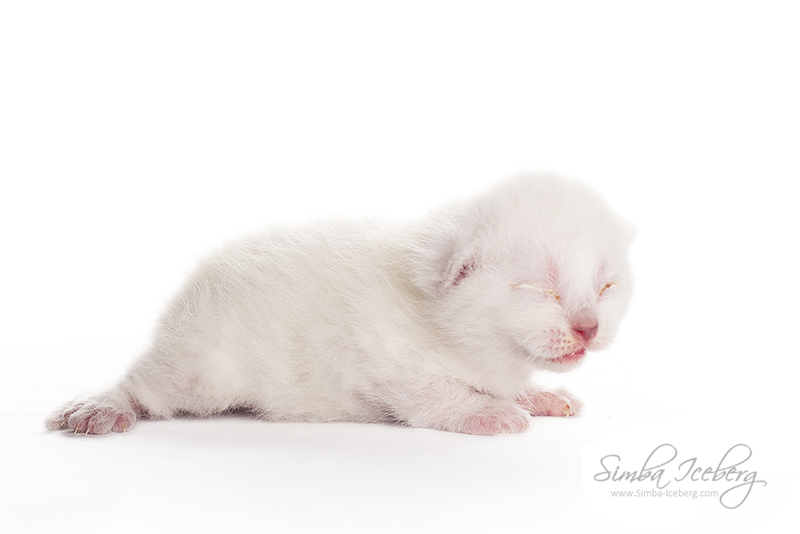 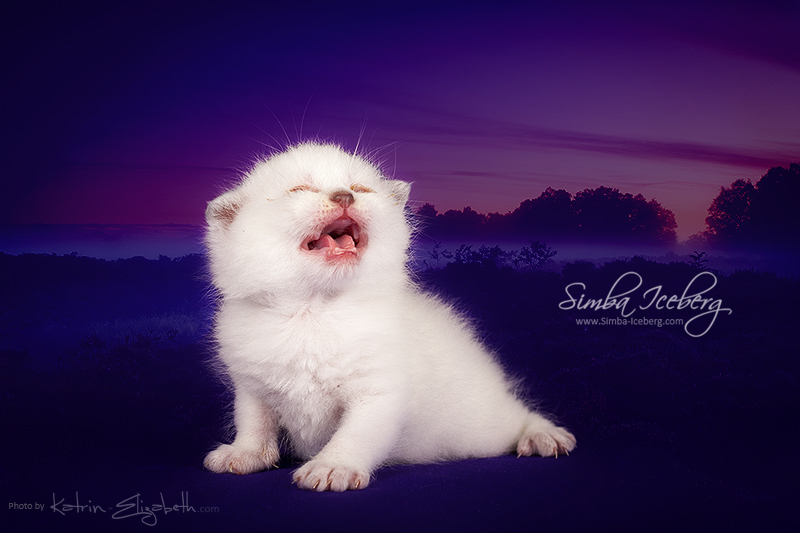 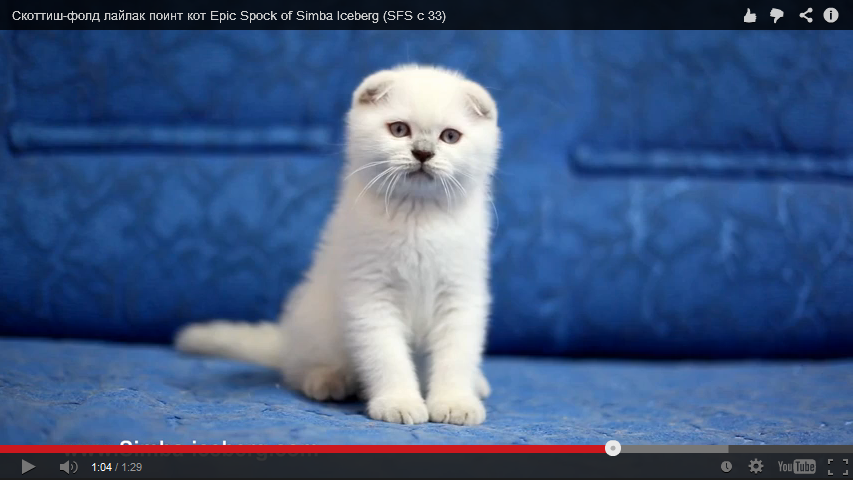 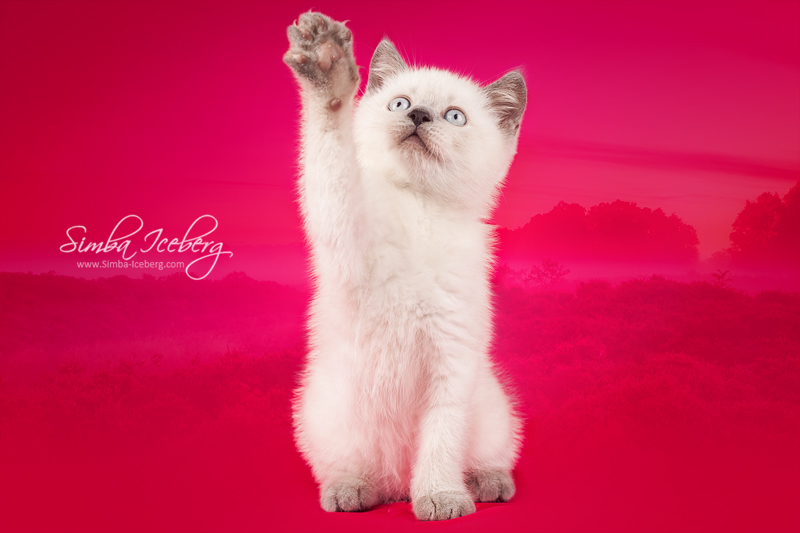 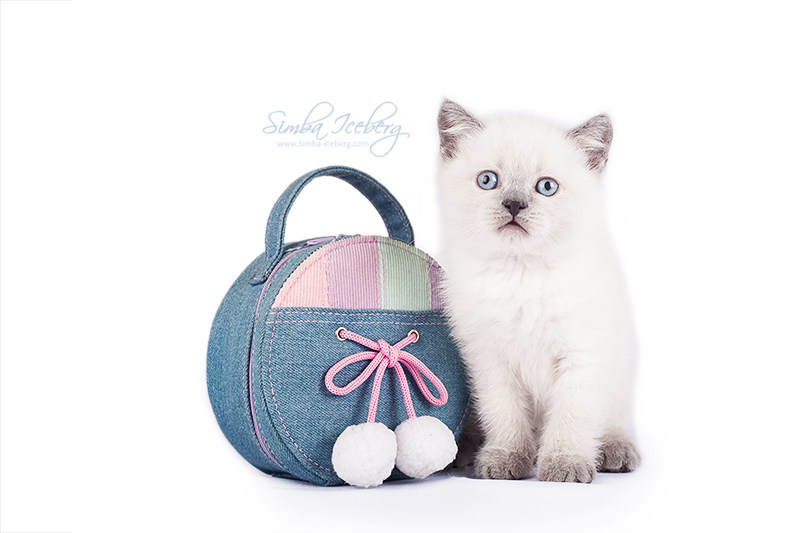